This is a single blog caption

This legal article was published by Narit Direkwattanachai in regards to Thailand’s Revenue Department’s treatment of indirect payments to a shareholder as constructive dividend.

The Department of Land recently introduces a new type of title deeds whose English translations are provided at the end of this writing. The department introduces these new title deeds (one for a land plot and another one for a condominium unit) to evidence a new type of lease (the “New Lease”) under the Rights Deriving Property Act, B.E. 2562 (2019) (the “New Lease Act”). In a Thai language, this New Lease Act means the Act relating to a property being a derivative of rights. This New Lease is introduced to deal with inherent limitations of a traditional lease under the Civil and Commercial Code (the “Traditional Lease”). As the New Lease Act has addressed and largely eliminated those inherent limitations of the Traditional Lease, as far as a lessee is concerned the New Lease is better than the Traditional Lease.

Note on the Lease of Immovable Property for Commercial and Industrial Uses Act, B.E. 2542 (1999) 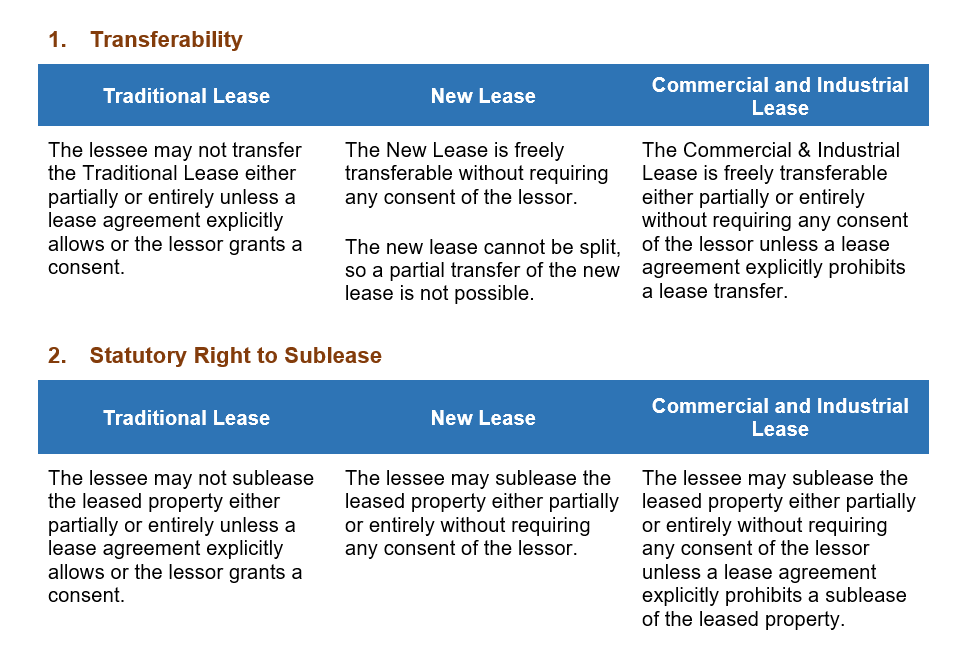